The interview was conducted by Alexander Richter on behalf of EUSSET in June 2017.

EUSSET: Volker, one of the milestones the history of the European tradition of CSCW was certainly the first, unofficial, ECSCW meeting in London in 1989, nearly 28 years ago. What happened since then?
Volker Wulf: I think we have to understand that CSCW is a community which came out of the rather dramatic change in what computing used to be. You know, upto the 80ies there was no personal computing. That means computers were large-scale computers, they were rather far away from every day’s life and also from every day’s workplace conditions. By the introduction of personal computing, and much later of mobile devices, the whole role of IT changed dramatically with regards to the support of work and other social practices in life. Against this background, ECSCW emerged as an interesting consortium, also supported by a Cost action, European money to hold networking events. The core group brought together people from a variety of fields, from ethnography, from participatory design, and rather traditional computer scientists who were open to what is happening in the application domain and open to interdisciplinary work with social scientists. One has to see: The people who founded ECSCW were really bright intellectuals, so it was a movement of high intellectual energy. They managed to create a foundation over the years which is relevant far beyond the narrow concepts of computer supported work. In a way they created a tradition of thinking which is relevant to almost all fields of applied computing.

EUSSET: You mentioned the importance of ethnography. Is that something special for the European tradition and are there other things that stand out for ECSCW when you compare it to the international field of CSCW?
Volker Wulf: Yes, that is a good point which was the reason for a lot of intellectual, organisational, and institutional struggle. The European tradition, too some extend, had some intellectual and epistemological homogeneity, in the sense that it tried to ground IT design in a profound understanding of work or life practices. In the US the situation developed a little bit differently. The American CSCW community was always fragmented in different ways, also epistemologically. There were people that were very close to the so-called European type or approach. But other people still followed for a long time a rather positivist research agenda, in the beginning very much based on laboratory studies, ‘not in the real world’ types of research. Thus, the US people were a little but more divided. The Europeans were epistemologically more homogenous and maybe this created a larger intellectual impact. However, on an institutional scale one has to say that the US CSCW community has developed much better and attracted a much broader crowd around the globe to participate there, whereas the European community was perceived over time as too close and narrow in its methods and focus. Also in the way how they reviewed papers and so on. So while Europe had the advantage of a very successful intellectual movement, they could not really shape that into an institutionally attractive environment.

EUSSET: So the strength and at the same time the weakness of the European tradition of CSCW was their epistemological homogeneity?
Volker Wulf: Yes, you can argue that way. Well on the European side we made a couple of mistakes. We did not bring up young people systematically which in the US has a longer tradition and was quite successful. The US community also developed a internally, also in discussions with the European community. Then you have to see that internet and social media platforms got a larger importance, in the US specifically. So, the character of the US tradition also developed over time and still stayed broader than the European one. Moreover, I think that the industrial base is quite different. If you see what is going on in Silicon Valley. The success of Google, Facebook, parts of the apple ecosystem is very much based on providing services and IT artefacts for a large group people, whereas in Europe IT is very much related to work processes, to the application of IT in various fields. Therefore, the funding schemes are very different in the US and in Europe. This creates different directions, foci, and research styles.

EUSSET: Another aspect might be the role of workers’ unions that are very strong in some European countries, compared to the US. It had to be considered by ECSCW researchers.
Volker Wulf: This is completely true […] CSCW, like other applied computing domains, acts in practice. And the practice, the industrial practice or the practices in government or hospitals varies due to different institutional settings. It’s different throughout Europe, too. However, central and northern Europe have a certain shared tradition and history, also involving trade unions, at least to some extent, in co-designing work and work-supporting technologies. There are different traditions at play which came together in this interesting field.

EUSSET: If you compare the first ECSCW conferences and the upcoming one in Sheffield. Are the challenges still the same?
Volker Wulf: ECSCW had to undergo some intuitional challenges, too, because it lost people and it shrank in participation in a way that we could no longer accept. I think one of the biggest innovations is to combine the ECSCW conference with the Journal of CSCW which has a long tradition and is one if the highest rating journal in the international field of human-centred computing. By bringing these two media together in an interesting way, we were able to rise participation and also to rise the quality of submissions and specifically of accepted papers quite a lot.

EUSSET: And how did the research topics develop form 1989 until now.
Volker Wulf: Well, CSCW comes out of office automation in a way. Office automation had the approach to automatize many parts of the office work. You can understand CSCW as a counter-development or better a follow up after the automation did not work as envisioned. It came up as a new paradigm which sort of looked not into automation but into support of work. When we look at the studies that happen so far, we have very little studies dealing with support of work within manufacturing companies. There is a lot around offices, hospitals, and environments like that. In the last years you see a slide change. In Europe, this has also something to do with the fact that the founding schemes are developing towards the Internet of Things, Industry 4.0 type of research issues. So we see a widening of topics now in that way.

EUSSET: What are the biggest insights or successes of ECSCW?
Volker Wulf: I think the biggest achievement of this European practice based tradition is to link a deep understanding of work and life practices with the design of innovative IT artefacts. Understanding and designing, bringing together those two activities, is a crucial achievement and maybe the core achievement that this tradition has brought. Those concepts have been taken over by other communities, too, e.g. Information Systems, Human Computer Interaction, Computer Supported Collaborative Learning, Knowledge Management. The core success story is first of all epistemological and then, resulting from this, a research methodical stance. If you look then what this research paradigm has created you can point to a lot of interesting case studies which show how innovative technologies fit into practice and lead to more efficiency and higher quality of labour. But it has also brought up some interesting concepts like awareness, expertise sharing, boundary objects and spelled them out in a design oriented manner. So there are quite a couple of important concepts that have been developed, based upon profound empirical and design-oriented work in real-world organisations. 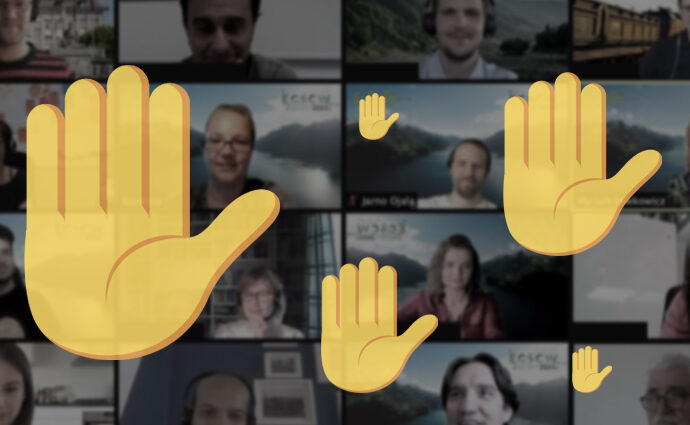 The rapid proliferation of digitization at work often leads to increased use of apps and digital systems required to perform a task at hand. Each additional app augments the burden on end-users. Aiming at approaching the challenges of digitalization from a holistic work perspective, we envision that the transferable UX

Aging Research during a Pandemic