EUSSET: Mateusz & Gerd, your paper, “Paper practices in institutional talk: How financial advisors impress their clients”, will be the first to be awarded the David B. Martin Best Paper Award during ECSCW 2017 in Sheffield. Congratulations! The awarded is thought for research that particularly contributes to the multidisciplinary understanding of society and/or work from a CSCW perspective. Your paper is awarded as it is an original, detailed and thoroughly grounded study of an interesting work domain and problems. In your own words what is the contribution of the paper?

Mateusz & Gerd: First of all, we want to express our best gratitude towards the committee for this respectable award and for giving emphasis to a fascinating research domain: financial advice and its technological support. The study, we present this year in Sheffield, gives an overview of advisors’ material practices involving paper and paper documents during a co-located mortgage advisory encounter. In particular, it points to the fact, that many of the behaviours are oriented at impressing the client by specific performances. The interaction and its material dimension is not simply situatively constituted within an encounter, but reflects a whole set of factors beyond a particular conversation.

EUSSET: So, in your own words: How do financial advisors impress their clients?

Mateusz & Gerd: Well, there is a range of behaviours which they employ in order to give the client a particular impression. Just to mention a few: they start with a set of orderly organized papers to show to the client that they are orderly persons and that they put essential effort to prepare for the conversation; many of them set off an agenda for the meeting, but keep it hidden from the client – in their own words, they do so to keep a path throughout the service but do not want the client to think, there is a checklist to tick; also, their choice of materials, such as pen, should make a specific impression and represent their personality. As one of the advisors puts it, his goal for the advisory service was to send the message: “The Bank is the right bank for you, respectively the advisor is the right person for you”. Apart from that, we have noticed that the way advisors move and use the space involves a specific kind of large gestures and theatrical performance to emphasize various interaction modes such as information transfer or choosing between alternatives. It makes clear, that the role of paper within such encounter is not just about storing and representing content, but is tightly related to the institutional identities and goals of the participants. This explains why it may be problematic to proliferate IT systems in this context, especially if one reduces its role to saving and representing the data. In particular, the advisors may be reluctant to use a system, because they have little impact on what impression the design of a system makes on the client.

EUSSET: Where did the idea for the paper come from? Is there a history behind it?

Mateusz & Gerd: Yes, there are even two stories… First, our research group has been researching financial advisory services for more than a decade now. While we’ve had positive experimental results and affirmative feedback from the industrial partners, as well as the advisors and test persons, the real-world impact remained limited: the systems remained in the scientific realm. Simultaneously, we’ve experienced very fast appropriation of our prototypes in other advisory settings: for instance, burglary prevention advisors from Switzerland are currently using a commercial system following ideas from our prototype and German burglary prevention advisors are to come. We have decided to study the setting while applying lenses oriented at interpersonal communication including the material performance to identify the differences. Second, our colleagues from the Institute of 4D Technologies at the FHNW (University of Applied Sciences and Arts Northwestern Switzerland) approached us with an idea for a new prototype for supporting financial advisory encounters – their idea involved concepts relying on tangible user interfaces. At this point, it became urgent to understand the role of material in the current advice giving practices. While initial workshops gave us some insights, they also confirmed the strong intuition that there is more to discover in the field.

EUSSET: Are there follow ups of your study planned?

Mateusz & Gerd: We are working with our project partners, the FHNW and the Hypothekarbank Lenzburg, on implementing a system inspired by the findings from the fieldwork. We are currently preparing an experiment to be conducted in October and November this year, so it’s a really intensive time for us. Thereafter, we would like to see how this system gets used by the advisors outside of the experiment – in their daily work, with real clients looking for a mortgage. We are curious to see, how the advisors’ material performance changes (or maybe not?) with the inclusion of virtual content.

EUSSET: So, if this system will be successful, how would you explain it against the background of this study?

Mateusz & Gerd:We necessarily hope for the system to be helpful and attractive for the advisors to use, such that they will appropriate it in their daily work. Without the advisors’ positive attitude towards the system, it may remain yet another scientific prototype. The big question is, whether they will appropriate it in a way that keeps their hitherto practices and which of the practices will remain as opposite to emergence of new practices and replacement of old ones. We believe that the system will remain popular as long as it will allow the advisors to manage the client’s impression of the bank and the advisor or even support them at doing it. However, the system does not only address advisors’ needs but also the ones of their clients. The system includes elements which make the mortgage loan transparent and comprehensible by the client – the ultimate success would be then to combine the impression management with the empowerment of the client through support for old and new material practices.

The interview was conducted by Alexander Richter, 31 August 2017 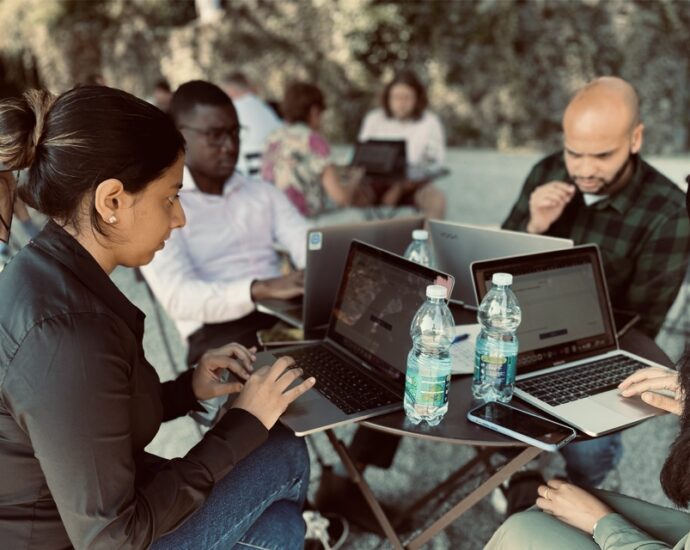